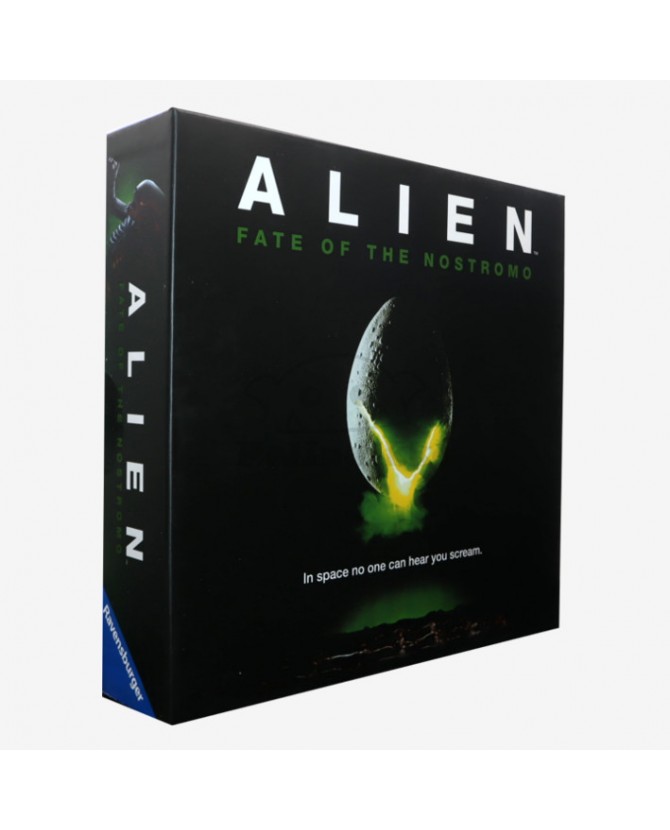 ALIEN: Fate of the Nostromo

In ALIEN: Fate of the Nostromo, players take the role of Nostromo crew members Ripley, Lambert, Parker, Brett, or Dallas. Over the course of the game, they collect scrap, craft items, and fulfill different objectives. The crew will lose and gain morale as they encounter the Alien and other situations. If crew morale reaches zero, players lose the game.

Each turn has two phases. In the Crew Action phase, players creep through the Nostromo's halls, gathering scrap, crafting items, trading scrap and items with other players, and using items and their special abilities. Brett, for example, can craft items with one fewer scrap than other players. If the Alien is within three spaces of the player with the incinerator, that player can use the incinerator to send the Alien back to its nest.

In the Encounter phase, players draw and resolve an Encounter card. The Alien could be lurking behind any corner...

Once the players fulfill their initial objectives, they face one of five final missions, each with a unique set of requirements. Players must fulfill the final mission's requirements simultaneously to win the game. Players can also introduce Science Officer Ash for a more challenging game. Ash moves through the ship, removing scrap and forcing the crew to lose morale.