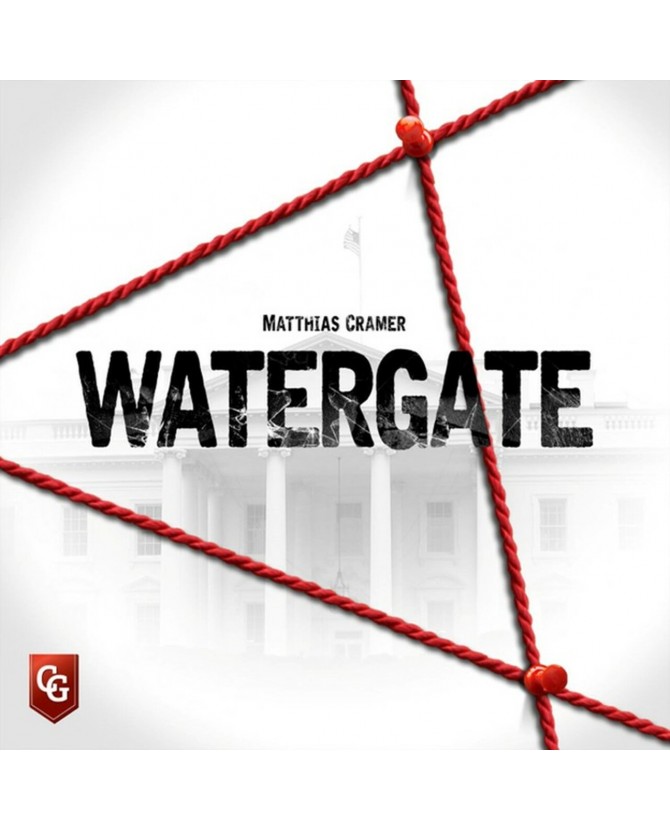 Watergate: White Box Edition features a stunning, thematic box cover of the original best-selling and award-winning Watergate game. Both Classic and White Box versions contain the same game. The only difference is the box cover.

In June 1972, five men are arrested in Washington's Watergate building. Newspaper reporters start a thorough investigation and uncover one of the biggest scandals in US history, culminating in Richard Nixon's resignation as President.

In this game, two players immerse themselves in the notorious Watergate scandal. One player assumes the role of the Nixon administration, making every effort to reach the end of his term. The other plays the role of a newspaper editor, trying to gather enough evidence to force Nixon to resign. Who will turn out the victor in this thrilling race against time?

With its very accessible rules and two decks containing completely different cards for each role, Watergate brings history to life in suspenseful and exciting new ways, each and every time you play.