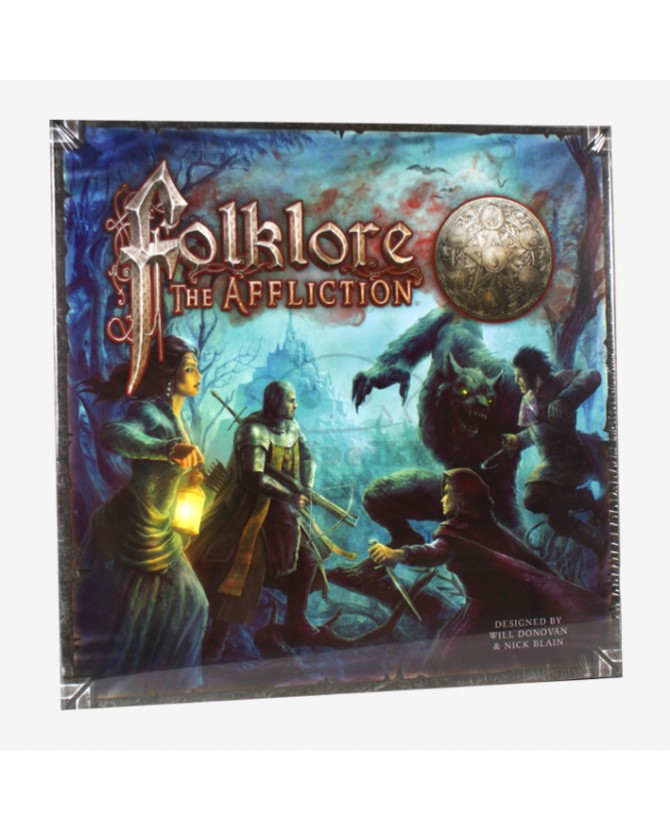 Embark on a cooperative epic adventure that is Folklore the Affliction. Find and destroy the source of the evil spreading its claws into the heart of the land, decimating its people and resources. Free the denizens from the scourge of vampirism and lycanthropy and expand your power and abilities. Are you a survivor, or will you play as your ghost? Will you fall to the bloodlust or the taint of lycanthropy yourself?

Folklore: The Affliction is an expandable ongoing horror RPG board game for 1-5 players that focuses on immersive storyline, strategic combat, character development and intense character customization elements. Your successes and failures, encounters and challenges can affect the entire group raising the ante and fueling interaction. Play one of six customizable and unique characters in a quest to gain Lore by conquering the supernatural Afflictions. Travel the land and enter dark locations where the action becomes a miniature based dungeon crawl. Uncover deeper and more intriguing storylines as you go further into darkness in your quest to drive the evil back into the hell it came from.

Dying in Folklore is not the end for your character... dead characters play on as their ghost with ethereal powers to strike down your foes from beyond the grave. You are never truly out of the action. Customizable abilities even include those that can strengthen your character in the afterlife!