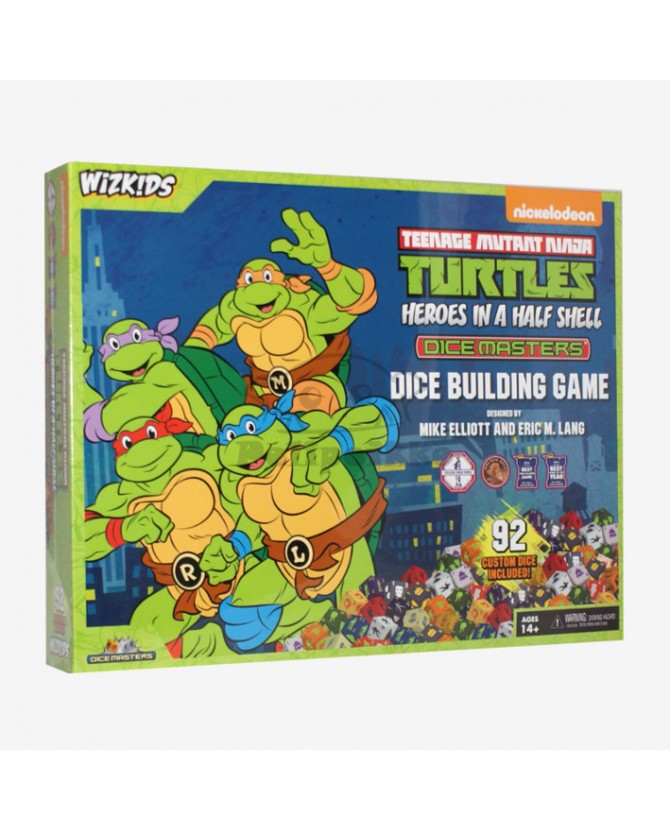 During a turn, a player draws and rolls a number of their dice, purchases additional dice, and fields character dice to attack the other player. A player wins once the opposing player has been reduced to zero life.

TMNT Dice Masters: Heroes in a Half Shell is one of several planned Dice Masters games, all of which can be intermixed (or played alone).