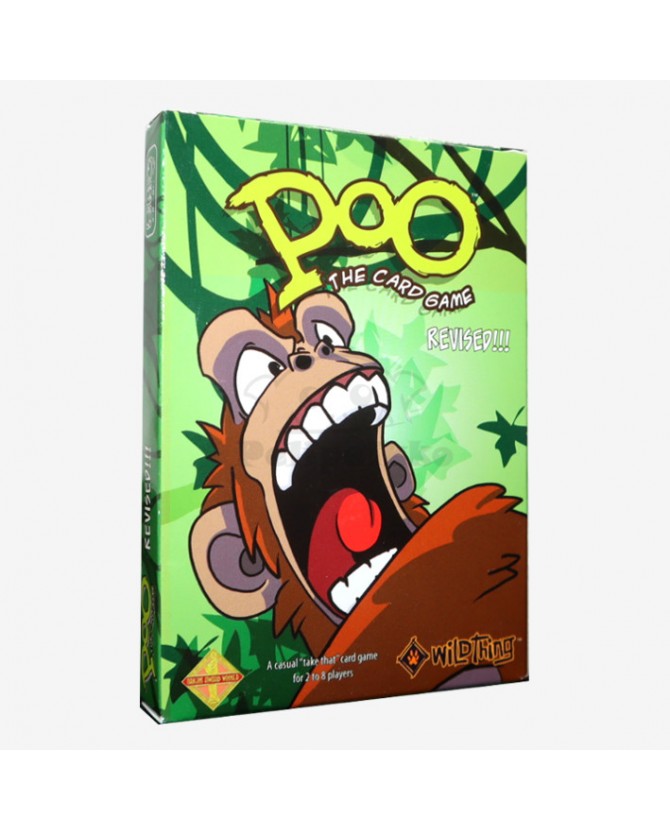 In space, no one can hear you fling poo!

Space Poo is a fast-paced game where players take on the role of monkeys on a space station in the middle of a poo fight. Your goal is to be the last monkey standing, who is also the cleanest one. Each turn, each player gets to draw and play a card, usually to either fling poo or clean himself off. Out of turn, players have the opportunity to play cards to foil other players' poo flinging. If you get covered in too much poo, you're out of the game and the last monkey standing wins. But watch out! Things can go wrong on the station and they spell disaster if you don’t deal with them.