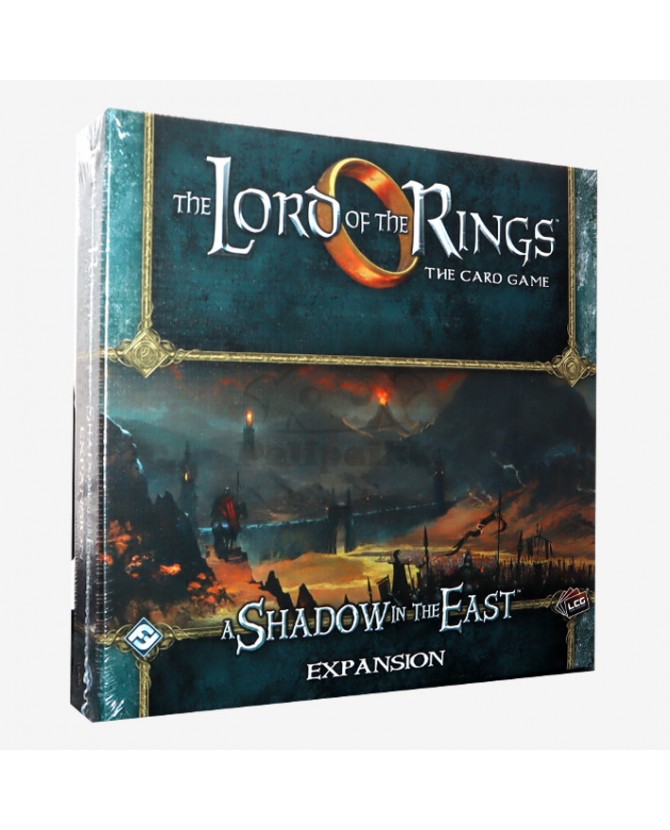 Lord of the Rings LCG: A Shadow in the East

Confront a dangerous cult in A Shadow in the East, the eighth deluxe expansion for The Lord of the Rings: The Card Game! The power of Mordor stretches across the realm, darkening the hearts of those who fall under its influence and threatening the once-peaceful lands of Rhûn. Only Middle-earth's bravest heroes can hope to stand against the spread of evil when a band of desperate Dorwinions come to ask for aid. Your team of heroes will embark on a dangerous journey into darkness in three new quests that take you down the River Running, to the capital city of Dorwinion, and further into the Hills of Rhûn.

With new hero and player cards to further customize your adventures, this deluxe expansion kicks off the "Vengeance of Mordor" cycle with grand fanfare, introducing the game's first double-sided hero, as well as a new version of The One Ring and a new card type in the form of contracts. Assemble your Fellowship and prepare for a daring mission in the shadow of Mordor!