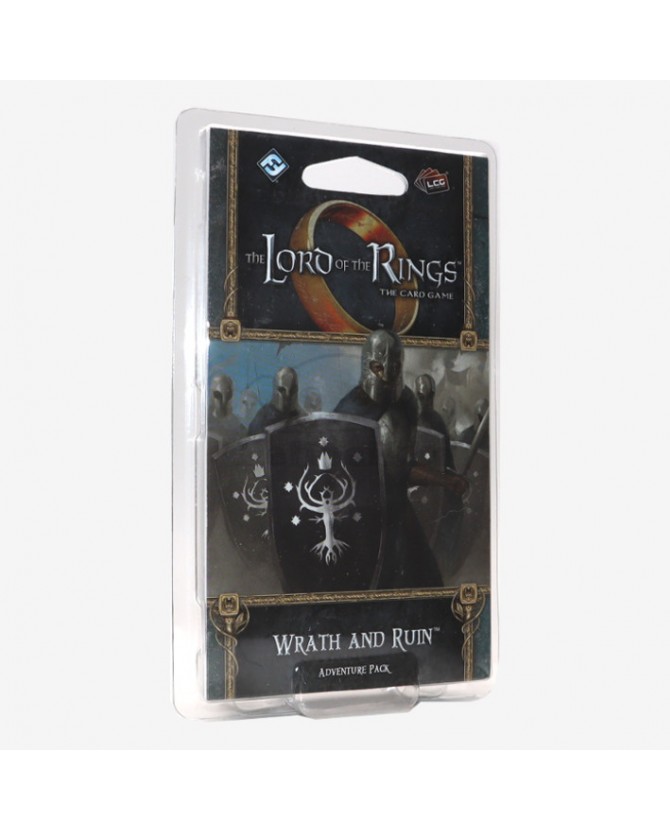 Lord of the Rings LCG: Wrath and Ruin

After traveling down the River Running to the city of Dorwinion and the cursed forgotten temples hidden in the Hills of Rhûn, you have managed to put a stop to the dark machinations of a mysterious cult and push back the shadow of evil that once hung over the city. After restoring peace to a troubled land, all that was left for you was to say your farewells to your newfound friends and return home, or so you thought. But the agents of Mordor are not easily defeated. An old enemy has returned with a vengeance and they now seek to destroy the city you worked so hard to save. Now a new cycle begins with a flash of fire and steel.

Fantasy Flight Games is pleased to announce Wrath and Ruin, the first Adventure Pack in the "Vengeance of Mordor" cycle for The Lord of the Rings: The Card Game.