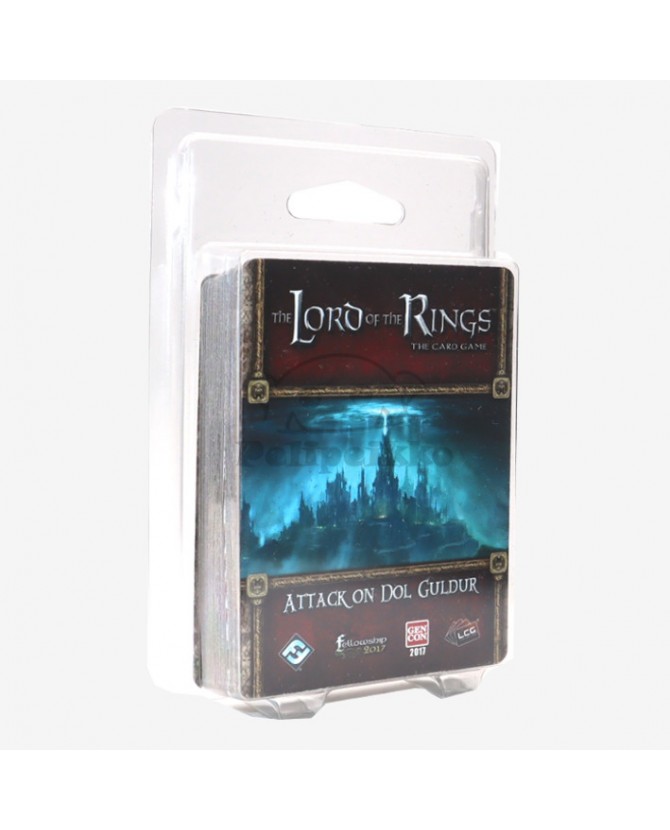 Lord of the Rings LCG: Attack on Dol Guldur

In Attack on Dol Guldur, players join the host of Lórien in a direct attack against Sauron’s Mirkwood stronghold taken straight from the appendix for The Return of the King. This unique scenario can be played by 1-4 players in Standard Game Mode or 3-12 players in Epic Multiplayer Mode. Only one copy of Attack on Dol Guldur is required to play Standard Game Mode, while three copies are required for Epic Multiplayer Mode. The scenario includes two double-sided setup cards, one for each mode, that players use to play the game in the desired fashion.