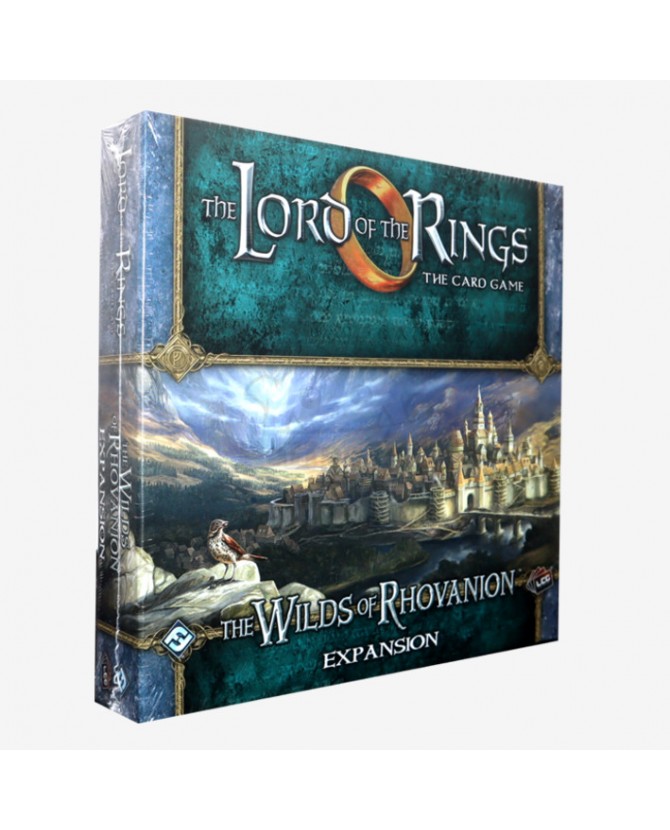 Lord of the Rings LCG: The Wilds of Rhovanion

"Dwarves had not passed that way for many years, but Gandalf had, and he knew how evil and danger had grown and thriven in the Wild, since the dragons had driven men from the lands, and the goblins had spread in secret after the battle of the Mines of Moria. Even the good plans of wise wizards like Gandalf and of good friends like Elrond go astray sometimes when you are off on dangerous adventures over the Edge of the Wild…"
—The Hobbit

Journey to the dangerous Wilderlands in the seventh deluxe expansion for The Lord of the Rings: The Card Game, The Wilds of Rhovanion!

Three new scenarios draw you north along the mighty river Anduin, through Mirkwood, and to the prosperous city of Dale. Throughout your adventures, you will find yourself faced with dangers lurking in every shadow as you struggle to protect a band of refugees who have escaped the grasp of Mordor and now seek asylum in the kingdom of Rhovanion. Battle Goblins and ravenous Spiders, explore Deep caverns, and ensure the safety of those you have sworn to protect!