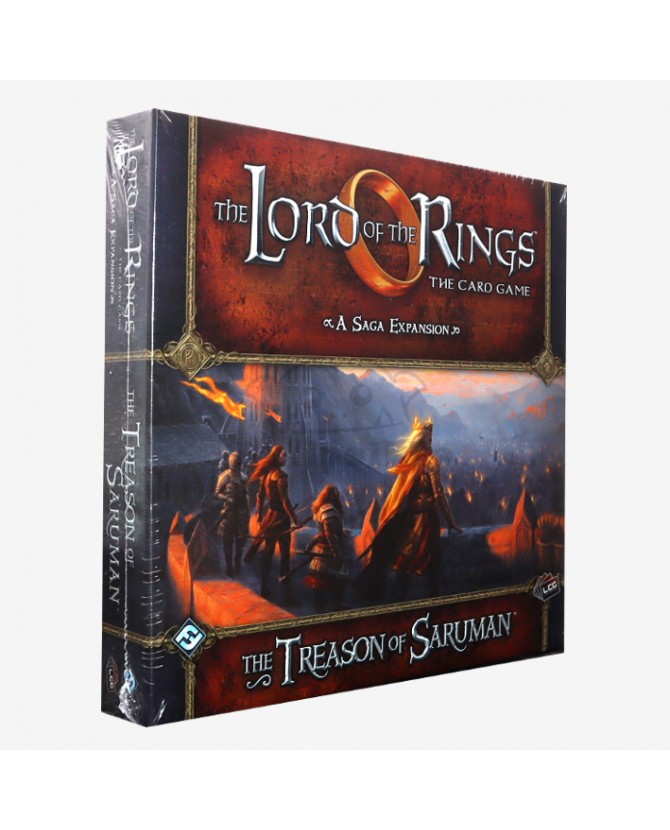 Lord of the Rings LCG: Treason of Saruman

The Lord of the Rings: The Card Game – The Treason of Saruman contains three new scenarios — The Uruk-hai, Helm's Deep, and The Road to Isengard — that recreate the adventures recorded in The Two Towers, the second part of the epic The Lord of the Rings trilogy by J.R.R. Tolkien. Join Aragorn and his companions as they combat the treachery of Saruman. Race across Rohan in pursuit of the Uruk-hai, fight to defend Helm's Deep, and march alongside the Ents as they attack Isengard itself!

In addition to these exciting scenarios, The Treason of Saruman also includes new heroes and player cards that increase the customization options of the game.