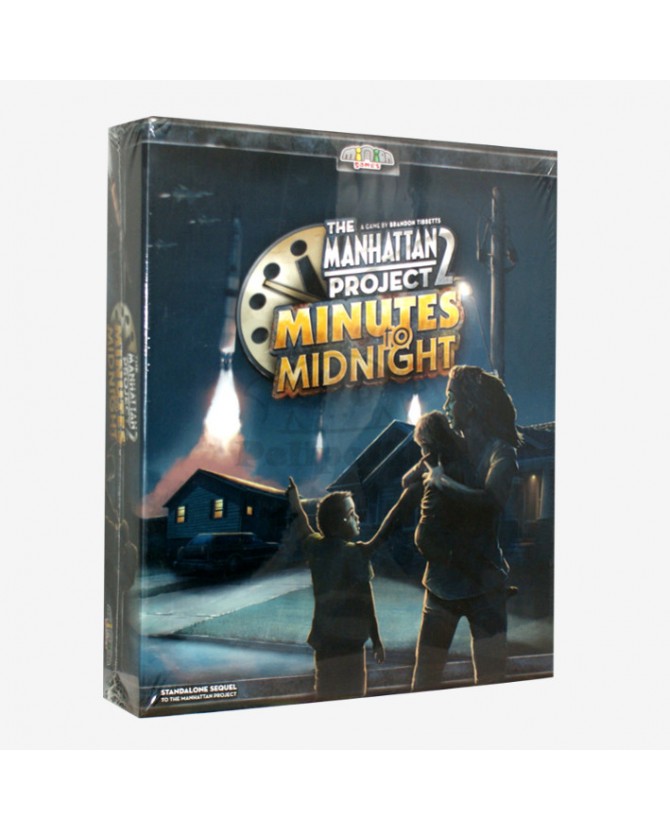 The Manhattan Project 2: Minutes to Midnight

It has been 20 years since the invention of the atomic bomb, and the superpowers of the world have remained embroiled in an ever-escalating arms race. The production of fissile material no longer poses a challenge for any nation. Instead, the race has switched to the development of a wide range of delivery systems. In a crisis, your nation will need to strike faster and farther from land, sea, and air. Take charge of your nation’s “Nuclear Triad” and always remember: a credible threat is your most effective deterrent!

Minutes to Midnight allows you to play the game you want. From many paths to victory to be able to choose your own game length by setting the adjustable scoring rounds to different intervals. With interesting confrontational mechanics such as controlling another player's coastal waters or third world nation to spying on other player's buildings.

The standalone sequel to The Manhattan Project by the same designer. Command your nation's nuclear weapons program during the cold war.