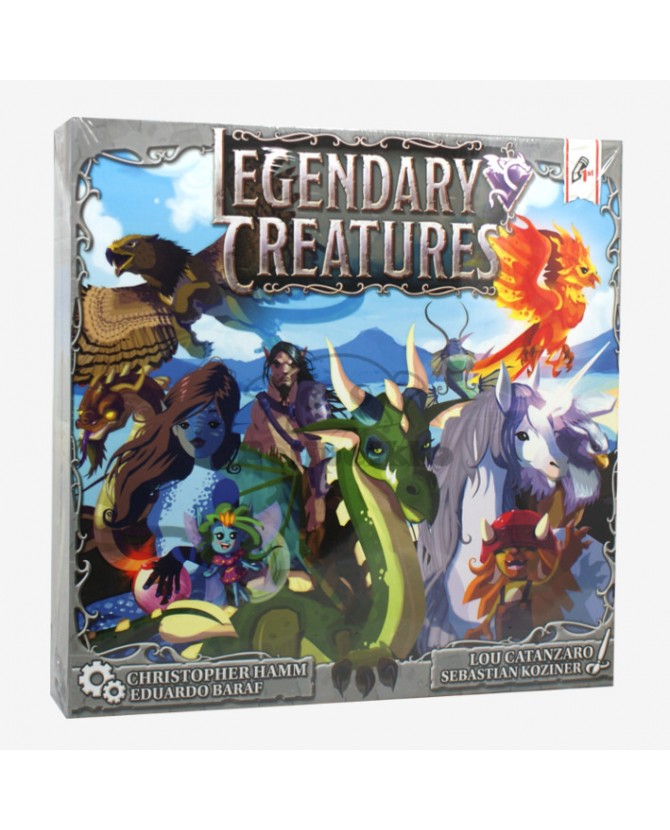 The objective of Legendary Creatures is to win the trial and advance to the rank of Druid. Players do this with the aid of fantastic creatures who assist them in their quest for renown, whatever form it may take. An apprentice’s final rank in each elemental realm, renown earned through great feats, and expeditions to distant landmarks determines who becomes the next Druid!

Legendary Creatures is played over three days, each of which consists of AM, Afternoon, and PM turns. Players draw 4 creatures from their individual decks, then play 3 into their stable and send one on a solo expedition. Order and types of creatures determine initiative and resource generation for the round. Players then take turns selecting the realm they'd like to travel in, the resources they generate, and the spells they cast. This is repeated each portion of the day with a final expedition at the end of the PM portion. Ultimate leadership in each realm and via their expeditions reward victory points to determine the winner.