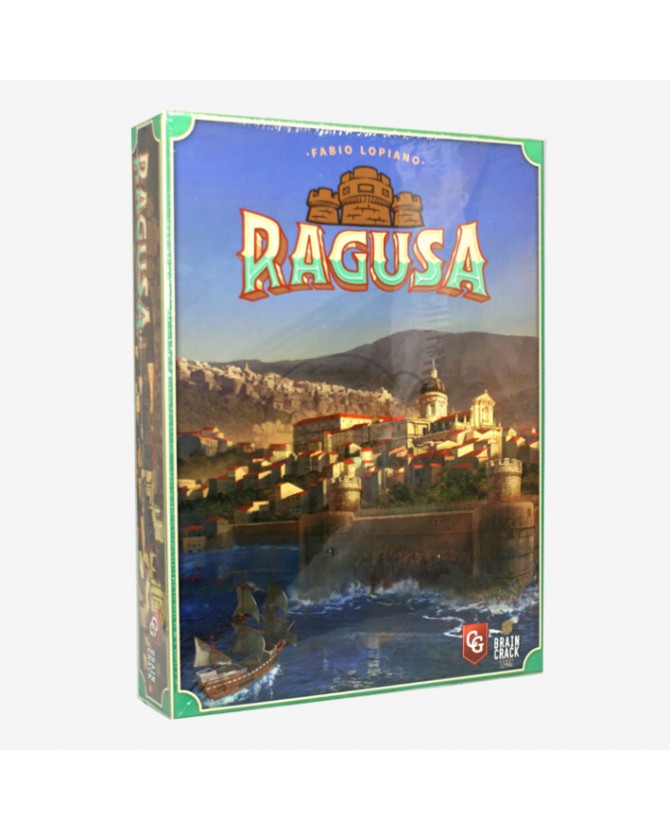 Set in the legendary city of Ragusa (now Dubrovnik), Ragusa charges players with the task of building the city in the 15th century, constructing its great towers, boosting trade with the East, and finding their fortunes.

Players build houses on the spaces between three hexes, gaining access to resources (on rural spaces) and actions (in the city), which means that a house effectively functions as a worker being placed, but triggering three spots at a time. Players use resources gained in the countryside to build buildings, trade, and craft valuable commodities — the value of which varies as ships come and go from the harbor.

In the city, players gain access to actions, with each spot representing the three actions that surround it. This simple worker placement gives way to a deep engine-building mechanism as not only will building around production spaces utilize the houses you've already built in the countryside, but building near other player's houses will re-activate them, giving other players valuable opportunities outside of their turns.

The game ends once players have placed all their houses. The player with the most points from all sources wins.