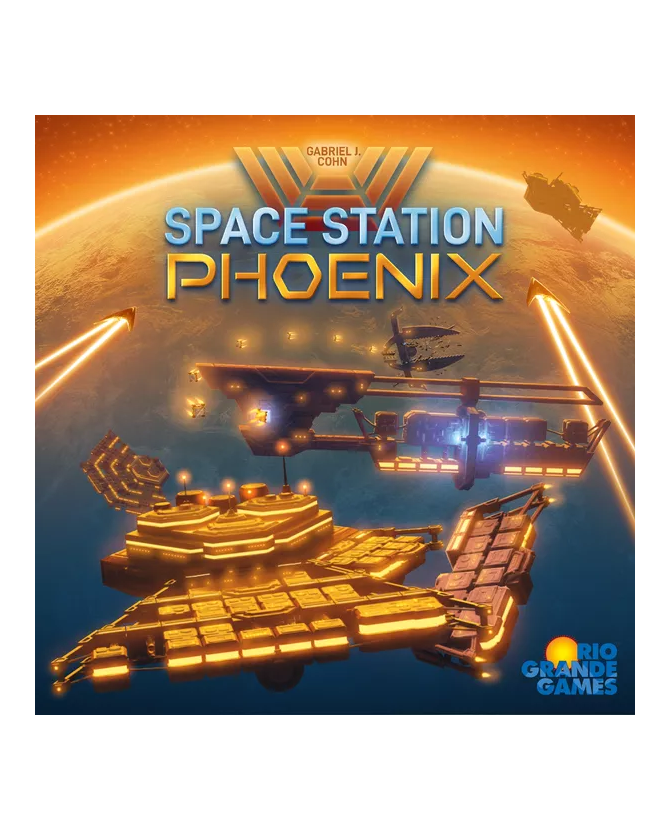 SPACE STATION PHOENIX is a worker-placement and resource management game set in one of Earth’s possible futures. The players are representatives of the Galactic Council, sent to Earth to build space stations to observe and perhaps interact with humanity.
Players begin the game with nine ships and a station hub. These ships act as action spaces that players use to gather resources, explore the nearby planets, and build their stations. Turns are fast and straightforward; either take ship action or take income.
Many games start players off with a small resource engine which they build up to a bigger one. In SPACE STATION PHOENIX, players start with the best production engine they will ever have and proceed to break it down part by part. As the game progresses, their actions get more efficient, but the number of ways to take those actions starts to diminish.