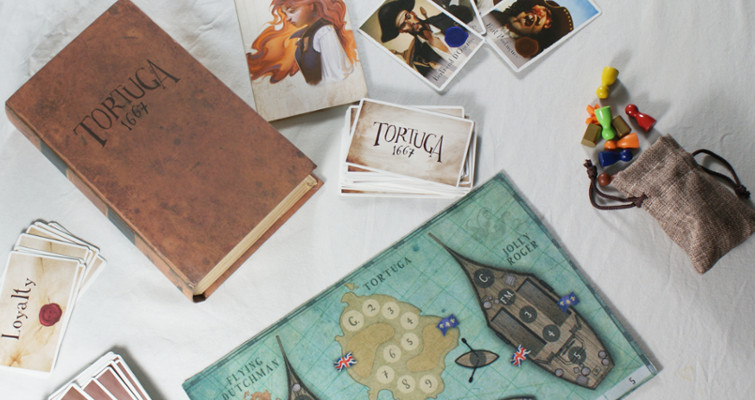 A whole lot of pirates and a whole lot of treasure. Getting your hands on the gold won’t be easy. Fortunately you’ve got some fellow countrymen on your side to help you! If only you knew which ones they were…

In Tortuga players will each receive a card to determine whether they are allied with the French or the English. In the case of an uneven number of players a Dutch player card will be added. Those playing for the French and English sides will win if the majority of the gold is on their side when the game ends, whilst the Dutch player wins if the treasure is evenly distributed between the English and the French. Identities are kept secret during the game, so the only way to figure out who is who is from their actions, which can be tricky as players will often make contradicting moves to mask where their alliance lies. Players are allowed to tell each other which side they are on or lie about it, but they cannot reveal their identity card. 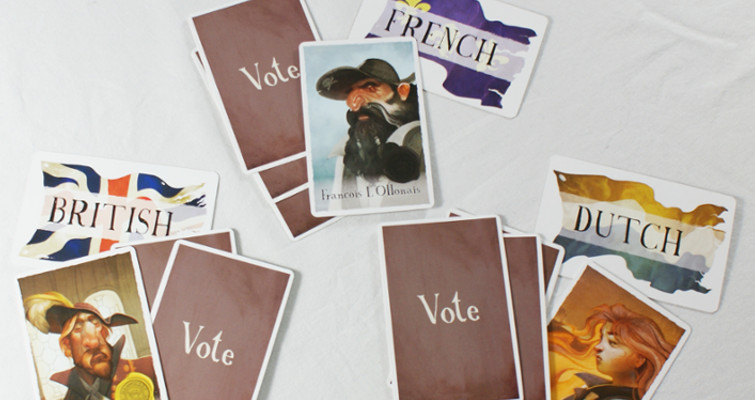 At the start of the game players will be positioned randomly between the 2 available pirate ships. The order in which they are placed on each ship will determine their rank and thereby the actions they may take. The front player is captain, the middle ones are first mates, and the last are cabin boys. The captain is the most powerful, but at the same time the actions taken by the lower ranked crew can be as powerful when combined. For example, the captain has the power to send away a crew member, but the first mates can vote to boot off the captain from the ship and thereby passing the role of captain to the next player in line. The order and rank will change as players leave and re-join the ships throughout the game. 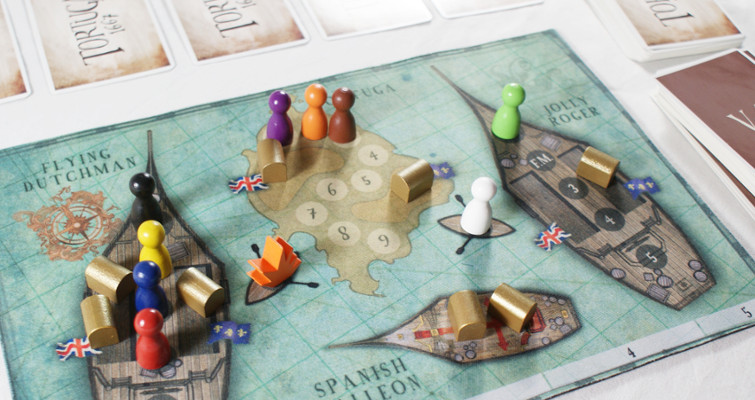 Most of the actions in the game require players to vote on the suggested action, such as whether an attack should succeed, or whether a captain should be booted off. This is done using voting cards, which feature 3 categories on them. Once a card has been played a new one will be drawn to the player’s hand limit.

The voting cards feature images which display different icons. These represent what the vote is for. For example, a successful attack requires a torch and a cannon image. If a water bucket image is submitted instead of a torch this means the canon is never lit and the attack fails. Some cards have multiple icons on the same card, such as 2 water buckets, which means the vote has more influence in the result. 2 torches outweigh 1 water bucket, as example. This voting process is anonymous, making it easy for a player to claim their support but secretly vote against it. 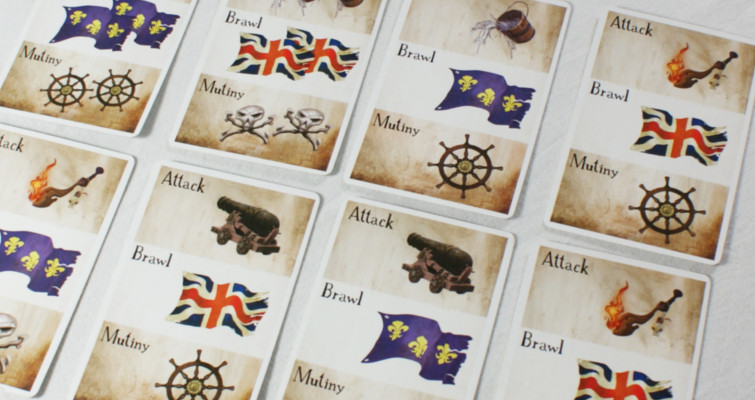 In addition to voting cards there is an event deck that players can draw from, which contains good as well as bad events. At the bottom of the event deck there is a Spanish Armada card. When there are 5 cards left in the deck these will be shuffled with this card, and when drawn the game will end. At this point the gold chests are counted on each side and a winner is announced. 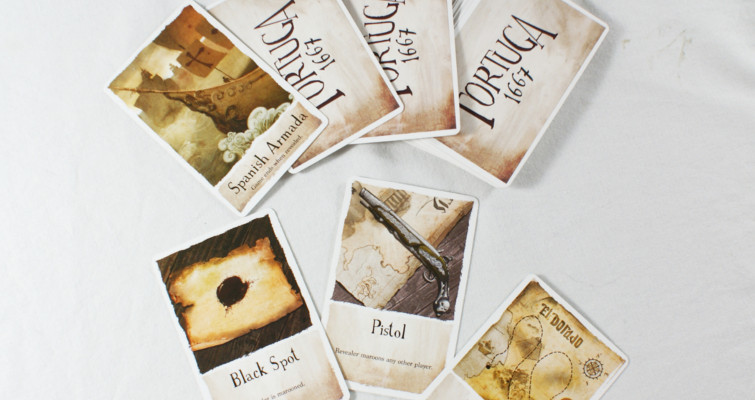 Tortuga is a lively party game with lots of player interaction and with room for as many as 9 players. It’s quick to set up and the downtime between turns is quite short. The game also offers an alternative, more strategic way to play the game, where player identities are visible. The box and game components are of really good quality and beautifully designed, which helps get you into the pirate theme. The game can technically be played with as few as 2 players, but it seems to work best with 5-9 players due to the game mechanisms, which don’t work so well, or are completely removed, with so few players.