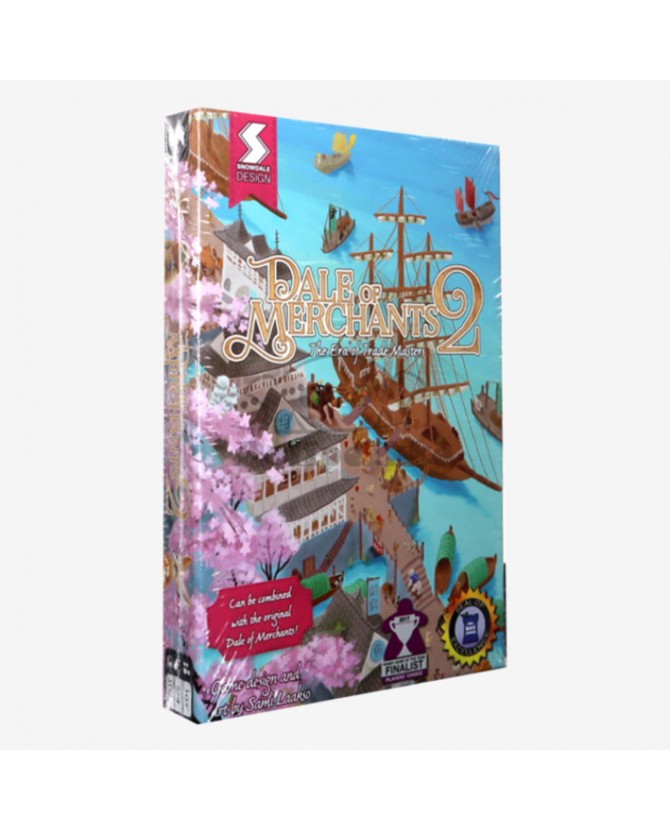 The world has grown smaller. Civilizations around different continents have established independent free trade cities in order to ease trading between distant lands. One of those cities, Yengzuh, is now looking for a new ruler – a new Trade Master.

The post is only open every ten years and the selection of the said individual is no small task. It’s handled by holding a trading competition as it’s in everyone’s best interest to get the best merchant chosen for the job.

All the participating merchants are prestigious, but the competition also tests their ability to deal with unexpected situations. After all, the winner will be responsible of keeping the global prices more fair and stable for years to come.

There are only twelve free trade cities in the world. Yengzuh near Pandala is one of the oldest. The Guild of Extraordinary Traders from Dale promoted the founding of the city after the trade wars in Asia had spread too wide. The city’s harbour has tens of great ships all the time, loading and unloading passengers and cargo.

In Dale of Merchants 2, players take the roles of those participating merchants learning new techniques, trading goods, and managing their stock. The player who first manages to complete their astounding merchant stall wins the game and gets access to the guild!

Dale of Merchants 2 contains six new decks and can be played by itself or combined with the decks from Dale of Merchants. The game includes a new ruleset for four players that introduces team battle! These new rules greatly enhance the four-player experience by adding cooperation between teammates and cutting downtime. These rules can also be used with the original game's six decks.

The new decks are:
1)Crocodiles disturb other players
2)Platypuses have more control over cards
3)Polecats have a die
4)Owls are moved to action by things that happen (mostly what other players do)
5)Fennec foxes affect all players
6) Sloths do things at the start of your next turn