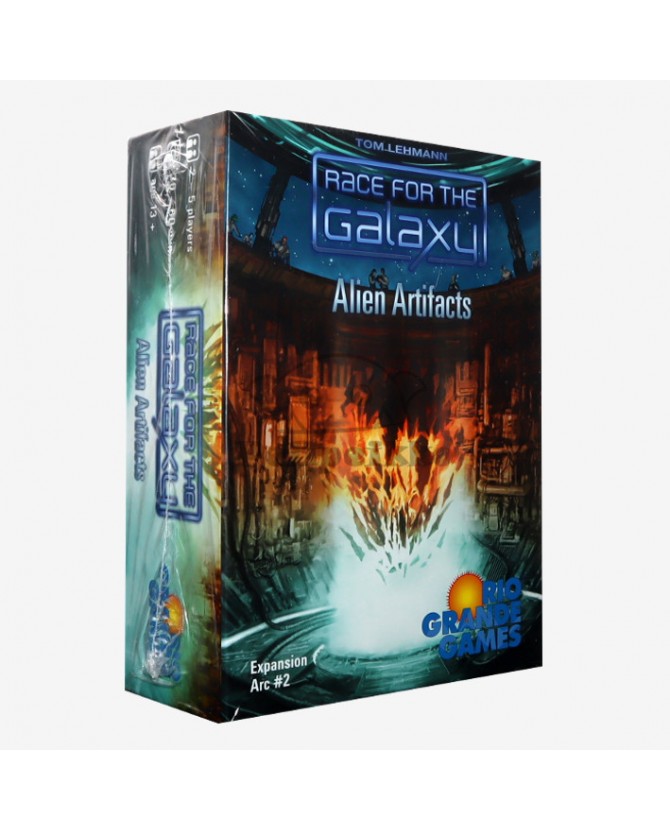 Race for the Galaxy: Alien Artifacts

46 new cards including 5 new start worlds to add to the base set, plus a set of action cards and start hand for a fifth player. These can be used without the orb cards.
49 cards used to represent the Alien Orb which players jointly map and explore, gaining artifact tokens of various types that provide powers and VPs. There are also five new Explore action cards used in the orb game (instead of gaining an additional card or greater card selection).
The orb game is optional and provides a new RFTG experience, as players have to balance how much effort and actions they wish to put into exploring the orb versus developing their empires.