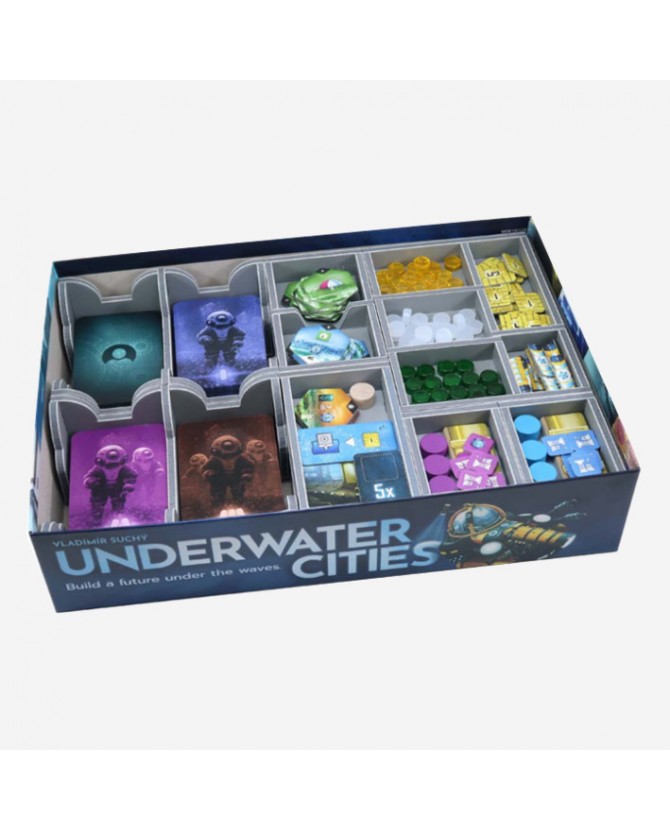 Insert compatible with Underwater Cities®, and the New Discoveries® expansion. The design provides both efficient storage and improved game play. Many of the trays can be utilised during the game, and they greatly aid set-up and clear-away times. The rules and boards act as a lid on top of the trays.

The insert has space for the components of the game and expansion, but not the expansion boards. The New Discoveries boards need to be kept separately in the expansion box, more on this below.