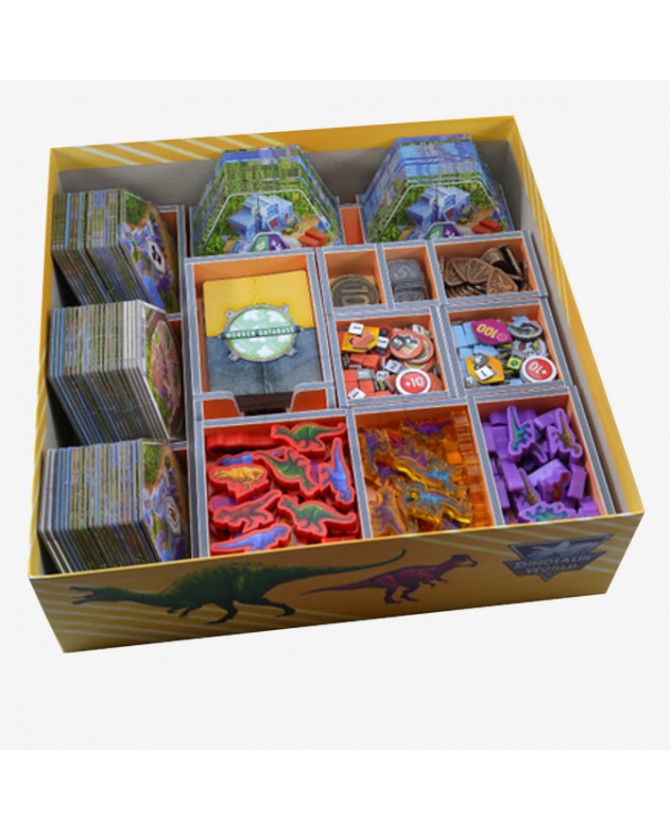 This insert is designed to be compatible with Caverna: The CaOfficial full colour insert compatible with Dinosaur World®, including space for the Hybrid Pack®, Ice Age Pack® and Water Pack® expansions. The design provides both efficient storage and improved game play, with removable token trays for use during the game. The rule books act as a lid on top of the trays.

The trays are arranged in up to three layers, with the hexagon building tiles arranged around the main game components.

FS-DWRLD is designed to be compatible with both the Kickstarter and retail editions of the game.ve Farmers® and the The Forgotten Folk® expansion. The design provides both efficient storage and improved game play. Many of the trays can be utilised during the game, and they greatly aid set-up and clear-away times. The boards and player boards act as a lid on top of the trays.