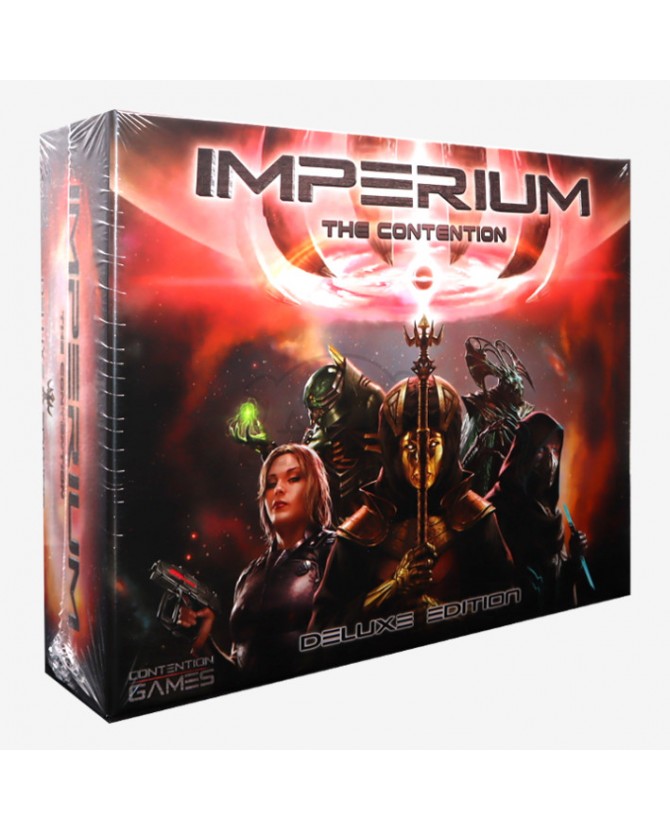 Only one may wield the Void Scepter.

Seize the Void Scepter in Imperium: The Contention, the 4X card game. Choose one of six factions, each with a preconstructed deck, or build your own from a complete collection of over 300 cards! Expand your empire, deploy your fleet, move your ships into position, and battle your enemies. Seizing the Imperial Capital may lead you to victory... or ruin.

There are many paths to ruling the Imperium. Your favor represents your Imperial influence. Gain 8 favor, or claim 8 worlds, and the Void Scepter will be yours! Gain the Imperium's favor by destroying enemy worlds or through political intrigue. Employ politicians, spies, megacorps, and mercs. Take the Imperial Capital by force, and use the seat of power to convince the Imperium only you are worthy.

Now is the time! Lead your civilization to new heights and claim the Void Scepter!