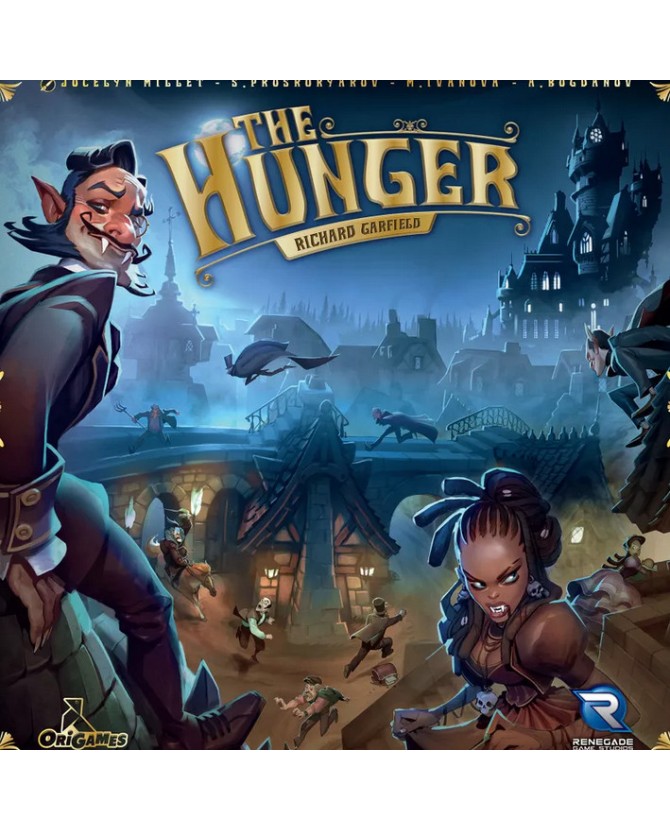 The Hunger is a race in which each vampiric player must optimize their card deck, hunt humans to gain victory points, fulfill secret missions, and eventually acquire a rose and return to the castle before sunrise. The more you hunt, the slower both you and your deck become, which will make it harder and harder to get back before daybreak. Can you become the most notorious vampire without burning to ashes at sunrise?

During the game, players spend "speed" to move their vampires around the map, hunt humans worth victory points, and add new cards to their deck.

The game ends at dawn, after which the surviving player with the most victory points on their cards wins!